With droughts in recent years all over South Africa, and a long dry winter in the Timbavati Nature Reserve, we have been blessed in late 2018 and early 2019 with a few wonderful downpours.

The Sharalumi river in front of Kings Camp, usually a dry riverbed, started flowing, and the bush has burst into life with hundreds of different creatures and flora, some that have not been seen for many months.

It is incredible that creatures such as frogs and terrapins can survive for months buried in mud, only to appear and spring to life when the ground softens with rain.

From early morning until dusk one hears the glorious trill of the woodland kingfisher – the arrival of this intra-African migrant a sign to us that summer has arrived. Further into the bush one can often hear the deep booming chorus of Southern ground hornbills as they start their day.

Summer, and especially the rains, brings the bush to life, and a game drive or a walk through the bush delivers sightings of not only the favoured big five and other large mammals who at this time of year are all joined by new calves, pups and cubs. Reptiles, amphibians, insects and birds abound after the first rains.

For the avid bird watchers, our resident feathered friends are joined by migratory birds of all shapes, colours and sounds, which can even convert a guest who has never been interested in birds to be checking off lists and appreciating the wonders of the bird world through binoculars and camera lenses. 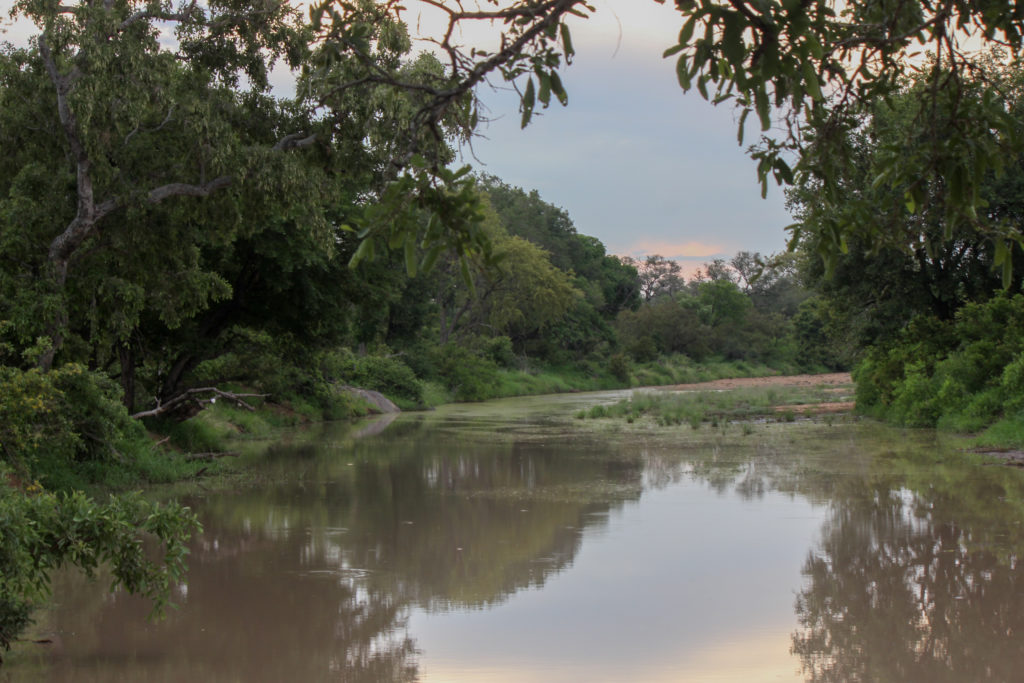 One of my favourite bird sightings at the moment is the very well camouflaged and normally quite boring red-crested korhaan. In summer however, the male has to bring attention to himself to find a mate. The bush rings with the male’s breeding call – a series of clicks followed by “kyip-kyip-kyip” notes. And then in spectacular display flight, the male launches 10-30m up into the air, throws itself backwards, tucks in its wings and feet and falls to the ground, spreading wings at the last moment.

While the birds are all in full display at the moment to find breeding partners, the mammals have already had their young in time for the lush greenery – the dual purpose of providing hiding places and food.

Summer is sometimes a time when it is more difficult to find the big five for guests, with the thick vegetation and long grass hiding innumerous creatures, the rains washing away tracks and puddles in the bush allowing many animals to not have to walk far for water. However, at Kings Camp we are so lucky to have the most incredible sightings every single day! 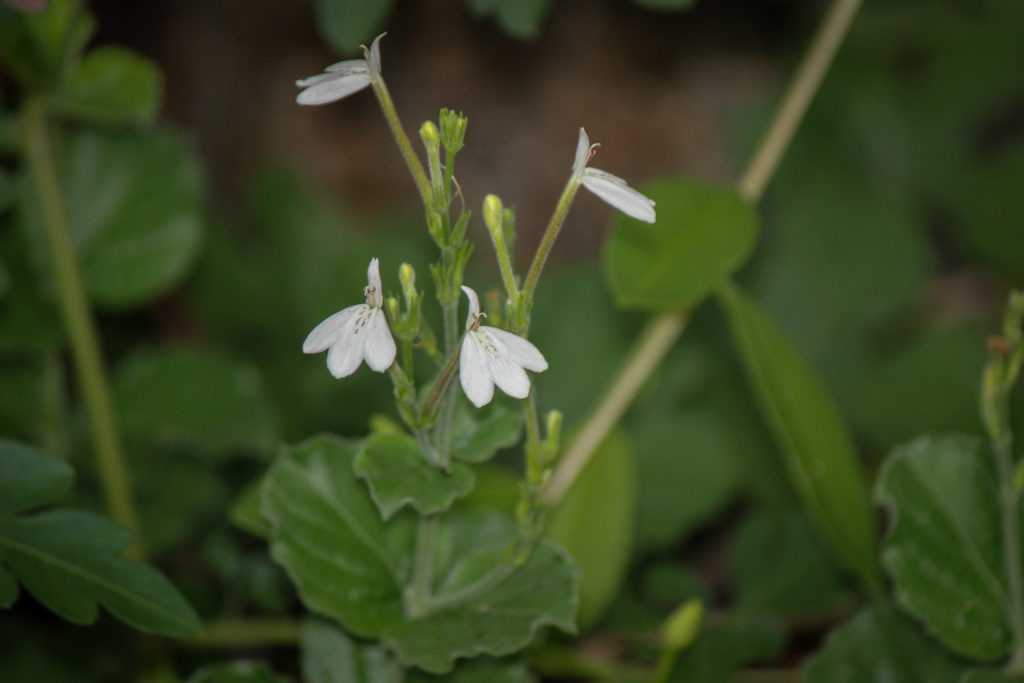 Elephant herds are plentiful at the moment, complete with tiny calves with huge personalities. Several times a day the herds visit the many waterholes and mud wallows, and give us a spectacular display of drinking, spraying, bathing, wallowing and playing with so much character that it is difficult not to compare them to humans.

One young elephant that I have seen around recently appears to be leucistic – he still has patches of colour, but is pink behind the ears and on some parts of his legs, has light eyes, and blonde eyelashes, tail tuft and toenails.

A walk along a riverbed reveals tracks of hundreds of creatures big and small, from elephants, hippos and leopards, to the parallel tram-line tracks of terrapins and tiny bounding tracks of frogs. The chorus of the many different species of frogs at night is something to be heard. The delightful popping sound of the bubbling kassina is joined by the croak of the southern foam nest frog and many others.

The strange looking white balls hanging from trees and on rocks above water are the nests of the grey tree frog, or southern foam-nest frog. The females secrete a fluid, which they whip up into foam with their back legs and lay their eggs inside the ball. Several males will join in and add their sperm to the nest to fertilize the eggs. The foam hardens on the outside, therefore protecting the eggs from desiccation and predation. Once hatched, the tadpoles drop straight into the water.

Wild flowers are also plentiful in the summer, and can only be truly appreciated viewed up close on a bush walk, as many of them are very small but exquisite.

More storms and rainfall are forecast soon, and even though we have already had some good rains, we need so much more, to sustain the bush and its inhabitants for the next year. And we will continue to appreciate its bounty.