“Timbavati Traverse is a great success”

By Kings Camp Team on October 13, 2021
Reposted from article by Nkhensani Nkhwashu for The Herald

“We do believe there will be one next year and that this will become a prestigious annual event. The runners were not the only ones who had a great experience either as back at the venue of the Timbavati headquarters we had museum tours, a snake presentation, a K9 dog presentation and some wonderful food and drink stalls.” ~ Hayley Cooper 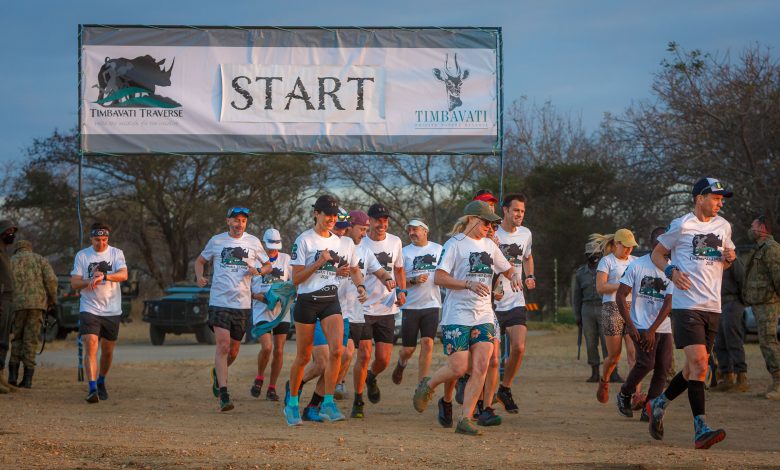 The marathon known as the Timbavati Traverse was a great success, according to committee member, Hayley Cooper.

The marathon was initially scheduled to take place in July but due to Covid-19 lockdown restriction they had to postpone to September. The run started at 06:00 and was off to a great start with the group seeing a herd of giraffe almost immediately as they set off.

“It was a nice cool morning so lots of animals were about. At one point the runners who were upfront came around a corner and spotted a large male lion who made a speedy getaway, luckily not in the direct of the group and we think he was more shocked to see them,” said Cooper.

She told the Herald that the runners had a total of four cyclists with them on the route, two were in front and the other two at the back. There were also two vehicles, which included medical support. “Safety was our main priority,” she said.

Cooper said the route was beautiful and at every water hole a water station was set up with water, snacks and even some beers. “There were lots of exciting animal sightings over the 45km distance including ostrich, honey badgers, zebra, wildebeest, steenbok, some very relaxed elephant bulls and then, what the entire event was in aid of, a rhino! “This was a very special moment for everyone involved,” she said.

All proceeds of the event from the runners’ entry fee, the money raised in raffle prizes and all of the donations will go towards the protection of rhinos. She said with the ongoing and ever-increasing threat to wildlife, they are constantly having to up their game to counter the relentless pressure of illegal poaching.

“The illegal trade in rhino horn and ivory has reached record statistics internationally and rhino horn currently reaches a higher price than gold. “With the collective efforts and dedication of many, from K9 units, rangers on foot, anti-poaching and aerial teams and concerned citizens, we can make a difference to protecting our rhinos,” she said.

Cooper said they have received wonderful feedback on the event from the runners saying they want to return next year.

“We do believe there will be one next year and that this will become a prestigious annual event. The runners were not the only ones who had a great experience either as back at the venue of the Timbavati headquarters we had museum tours, a snake presentation, a K9 dog presentation and some wonderful food and drink stalls.”

She thanked all the sponsors for making the event a success. Last year, following the cancellation of the Comrades Marathon due to the Covid-19 pandemic, Grant Murphy, head guide and employee at Kings Camp in the Timbavati ran 92km to raise funds for conservation.

Murphy is a passionate runner and he used this chance to raise much-needed funds to support the Timbavati canine anti-poaching unit and Umoya Khulula Wildlife Centre.

From Grant’s previous successes, Timbavati decided that this experience should be shared with other passionate runners and conservationists and opened the race to a limited number of 20 runners to raise money for the rhino antipoaching teams.

For more information about the event, please visit the Timbavati Traverse Facebook page.