Due to Covid-19, Comrades 2020 has been cancelled, however Grant still wants to go ahead with running his 15th ultra-marathon and has decided to do so in the bush, with the wildlife for the wildlife. This is the reason ‘’Miles for Mammals’’ was born.

The Comrades was meant to take place on the 14th June, so Grant will be doing the race on the same day, starting at the same time and the same distance of 90,2km (56 miles) in the Timbavati Private Nature Reserve for two very worthy wildlife causes close to his heart.

All donations will be channelled directly to these two special causes that Grant has personally chosen. 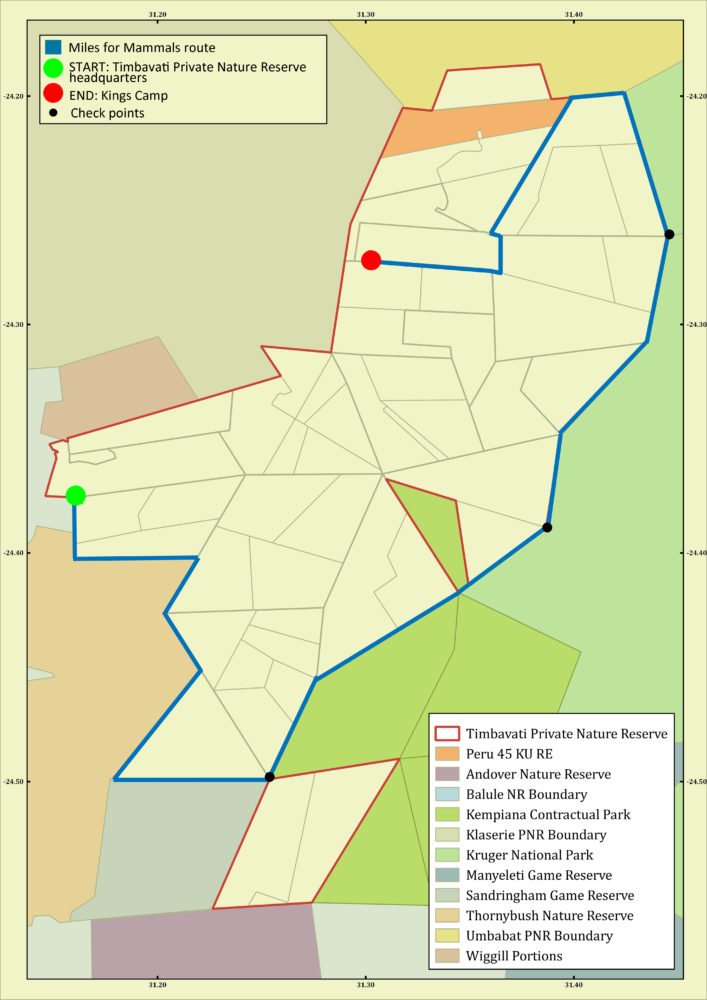 Grant Murphy, Kings Camp Assistant Manager and Head Guide got into marathon running in 2004 just to keep fit, and by 2005 he decided to go for the ultimate and give the Comrades Ultra Marathon a go.

In the same year he started his guiding career in the Kruger National Park and had to adapt his training to life in the bush.

Even since then Grant has been doing his training runs in big five country, among the wildlife. 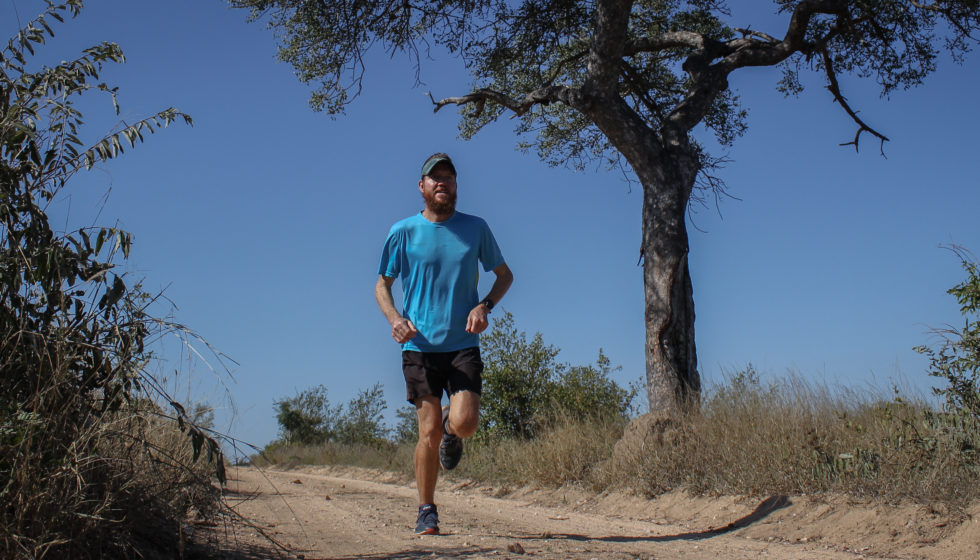 In 2009, Grant found a position in the Timbavati Private Nature Reserve and started training on a nearby airstrip. However, once starting at Kings Camp he began running on the dirt roads on the property with the wildlife and has had many interesting encounters.

Normally the wild animals see him first and he usually only notices the tracks and signs for them, often contacting the other guides who may be out on game drive via radio to check specific areas as they may get lucky with finding something for their guests. 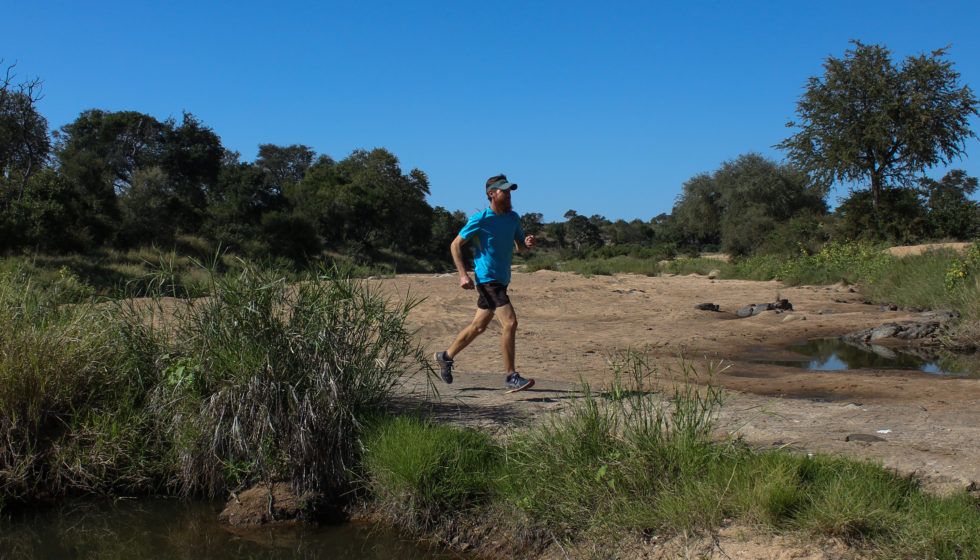 In the 15 years since he started running in the bush Grant has had some  memorable, sometimes hair-raising encounters!

Comrades is an Ultra Marathon race; in fact, it is the biggest ultra-marathon in the world. Calling themselves ‘’The Ultimate Human Race’.’

It takes place in the Kwazulu-Natal region of South Africa and attracts 27,500 runners and many spectators.

The distance for 2020 is 90,2km (56 miles). It is physically and mentally challenging, pushing people to limits they never thought were possible.

Umoya Khulula Wildlife Centre, based in the Limpopo province, is a non-profit rehabilitation centre for native South African wildlife.

They are driven by a single goal, to do their part in making the world a better place for all South African wildlife that needs help.

They live by a quote by John Feldmann – ‘’I believe animals should be respected as citizens of this earth. They should have the right to their own freedom, their own families, and their own life’’.

They spread a message of hope and compassion, believing that a single action can greatly impact the world. Through advocacy and outreach the team works tirelessly each day to contribute their part of the greater good.

The current Covid -19 situation has been particularly tough for them and any form of help and funding will be humbly accepted to enable them to continue their good work.

With the ongoing and ever-increasing threat to our precious wildlife, the reserves are constantly having to up their game, adapting to counter the relentless pressure of illegal poaching of our natural heritage.

The illegal trade in rhino horn and ivory has reached record statistics internationally, with a rhino horn reaching a price higher than gold. Frightening figures, considering a horn is made from keratin, the same component as human fingernails!

Due to the dedication of individuals who have decided to fight this war, the numbers of rhinos poached in South Africa is declining. This is a move in the right direction; however, there are still far too many that are being lost.

The unity and collective efforts to counter poaching are making a huge difference, whether it is rangers on foot, K9 dog units or financial sponsors, everyone is on the same team.

Kings Camp has been instrumental in getting this initiative off the ground and it is a very worthy cause.

Kings Camp is committed to conservation and fully support Grant in this amazing challenge and commend his commitment to running but also his passion for wildlife, and we truly hope we can help both of these worthy causes, so they can continue doing the wonderful and highly important work to save our wildlife.

Thank you for the support, and please do share this to everyone and anyone who may be able to sponsor Grant for this exciting venture as he runs Miles for Mammals!